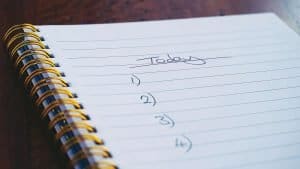 4 Things You Should Know About Transsexuality

I worry that we sometimes make gender too complicated. I don't need to understand someone's religion in order to respect their right to have one. If you're not curious about gender but want to be respectful, here are four simple things that will get you by.

1. Being a transsexual is not the same as being a crossdresser, drag queen, homosexual, Inter-sex, or gender queer.

Many people lump transsexuals under the umbrella term, transgenderism. But transgenderism is a political and social umbrella. It is not a scientific category. It was conjured up as a neutral label for any individual not conforming to social norms of gender expression. Though the science of gender is still in its early stages of development, we have ample evidence that there are fundamental differences among transgender sub-categories. Transsexuals, transvestites, and drag queens have distinct personal histories and motivations. The main thing they seem to share is public contempt. Transsexuals are also sometimes mistakenly lumped together with homosexuals. But being transsexual has nothing to do with sexual preference. The sexual preferences of transsexuals are as diverse as those of the rest of the world. Author’s Note: I had once assumed that my transsexuality would give me a special window into what it feels like to be homosexual. It doesn’t. I fully acknowledge that gays and lesbians have feelings as legitimate as those of anyone else, but I have no more sense of what they feel inside than does any other heterosexual.

2. Transsexuality appears to be biologically rooted.

During the past twenty years, psychoanalytic explanations of transsexualism have largely been discredited and replaced with biological explanations. The emerging consensus among medical providers specializing in transgender care is that most forms of transsexuality develop in the womb, shortly after conception. All mammals start their fetal development from a female template. If, at a critical stage, the fetus is exposed to certain hormonal signals, it shifts development tracks and starts to develop a masculine anatomy. It is as though the body is traveling down a train track and a switch is thrown: once the body heads in that direction, it continues along that track—permanently. (This isn’t true of all animals. Some species can change sex even as adults.) Among some mammals, man among them, the brain develops several weeks after the reproductive organs do. If the developing brain is exposed to different hormone signals than were the sex organs, it can head down the other track. Some brain scan studies and autopsies have revealed that transsexual men’s and women’s brains more closely resemble those of the opposite sex. Sample sizes are too small, results too variable, and measurement technologies too crude to be conclusive. Author’s Note: But it makes so much sense to me. It explains everything I have experienced. For all our learning, so much mystery remains in the world. Three hundred years ago, before the invention of the microscope, not one human being had ever seen a germ. And yet germs have been with us since the beginning of civilization, killing people by the hundreds of millions. Thanks to the science of germ theory, we are now able to save people afflicted by scourges such as influenza, typhoid, and leprosy. Historically, humankind defined gender based on what we could see— the genitalia. But just because we cannot yet “see” gender in the brain, it doesn’t mean that it doesn’t exist as something distinct from the genitals. We didn’t discover germs until Anton van Leeuwenhoek invented the microscope. Perhaps we have yet to develop the lens to see gender in its fullest light. Author’s Note: We used to hang people as witches who we now know suffered from physical illnesses. Must we always destroy things we don’t understand?

3. Transsexuality is not a psychological disorder.

At least not in the sense that most people use the term. Aside from their deep unhappiness, transsexuals tend to be high-functioning people. In the United States, 47 percent have completed college and/or graduate school versus 27 percent among the general population. Transsexuals function effectively in high stress careers. They are twice as likely as the general population to enlist for military service. They have held leadership roles at many companies, including Microsoft, Xerox, CIGNA, Ratheon, and Prudential. In 2013, the highest paid female CEO in the United States was a transsexual woman. Transsexual men and women have led some critical breakthroughs in information technology and medical science. In one sense, transsexuality is a disorder. Left untreated, transsexuals tend to suffer from severe depression. It hurts a lot when your mind and body don’t match. A recent survey of 6,450 transgender Americans revealed that 41 percent have attempted suicide—25 times the national average. And these are the people who are alive to respond. Author’s Note: If 40 percent of our “normal” children suffered such levels of despair, I suspect that healing them would become a national priority. What is more, we would put the promotors of quack remedies where they belong: in jail.

4. The only proven cure for gender dysphoria lies in accepting one’s gender identity.

During the past century, many “cures” to transsexuality have been attempted—electro-shock therapy, talk therapy, aversion therapy, religious counseling—to name a few. What all of these approaches share is that they attempt to alter the mind to match the body. Documented successes are few and far between. More often, these approaches have made matters worse. They have largely been discredited by the medical community. The only effective measure found to date has been to change the body to match the mind, coupled with rigorous psychological screening and counseling. This approach has met with an extraordinary rate of success. One measure of success is the percentage of patients whose lives significantly improved as a result of medical interventions. One study (see below) pooled 28 other studies that included 1,833 participants. The participants had all undergone some sex reassignment procedures that included hormonal therapy. Eighty percent of the participants reported significant improvement in their symptoms of gender dysphoria. Eighty percent also reported a significant improvement in their quality of life.

Another measure of success is the avoidance of failure. How many of those who pursue gender-confirming procedures find that they later regret their decision? Rates of reported regret are typically well under two percent. One German study of 1,422 transsexuals found that less than 0.1 percent felt regret. Few medical treatments can boast of such a success record.

Author’s Note: I would argue that transsexuals remind the rest of us what is important in life. They struggle—more than most—with the spirit-body connection. Is their identity rooted in their visible anatomy, or in the voice that cries from within? Personally, I find comfort in their answer: it is our souls that define us. I would add that I cannot understate the importance of psychological counseling. Not everyone who questions their gender is a transsexual person. Even those who are will almost certainly find that the psychological aspects of transition are far more difficult than the physical ones. And they likely have other issues to deal with.  Therapy is important.

Tina White is the Executive Director of the Blue Ridge Pride Center, in Asheville, North Carolina, and a member of the board of directors for the Human Rights Campaign. Tina spent 35 years consulting to and working for global corporations. Her specialty was large-scale business transformation: redesigning companies to pursue new strategies and improve performance. She has since shifted her focus to activism, writing and speaking. She speaks and writes on issues of diversity & inclusion, organization transformation, social justice, and personal identity. Tina is the author of Between Shadow and Sun. She describes her 50-year struggle with gender and her wife's efforts to embrace her revealed identity. She holds an MBA in Strategy, Marketing & Finance from the University of Chicago Booth School of Business and an AB in Economics from Princeton University. She and Mary live in Asheville, North Carolina.
PrevPreviousPsst! Take This Test: You Might Be a Transsexual
NextBetween Shadow and Sun: A Discussion Guide for ReadersNext
Scroll to Top