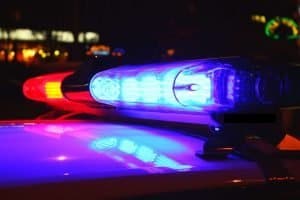 Defunding – It’s The Right Word for the Moment

Many of my white friends have expressed discomfort with the term "defunding" when applied to police departments. Here' why you shouldn't edit it out of the conversation.

Many of my white friends have expressed discomfort with the term “defunding” when applied to police departments. Here’ why you shouldn’t edit it out of the conversation.

Defunding is essentially a deliberate re-examination of how we allocate community resources.  Corporations do this all the time, and Wall Street richly rewards them when they do.  Companies, however, use words like restructuring, delayering, strategic realignment, privatization, and rightsizing.  Such sanitized words tend to give comfort to analysts and to minimize the human impact on employees.  But mark me: whether you call it defunding or realignment, real lives are affected.

This was brought home to me thirty years ago when I was consulting to a global airline. The company was hemorrhaging money and needed to move quickly to reduce costs.  Our team set up shop in an unused meeting room of the management library at corporate headquarters.  I arrived early and lingered late each day in order to browse all the books and periodicals.  I marveled at how well this library was organized and managed.

But you don’t need a management library to run an airline.  Much as we loved the library, we said that it ought to go.  Pilots, flight attendants, and engine parts had to take priority.  Apparently, word leaked out.  One day, as I entered the library, the woman who managed it stepped in front of my path and stopped me with a growl. “I just want you to look me in the eye and tell me that you told them to eliminate us. Look at me!”

I looked. “Yes, we did,” I said.  I waited for her to ask me why or for her to tell me what a horrid person I was.  But this, it turned out, was all she wanted.  I think she understood the reason.  She just wanted someone to have the decency to look her in the eye and to be straight with her. Apparently, her management hadn’t seen fit to do so.

People who favor defunding of police like to point out that, between 1977 and 2017, spending on police has grown to almost threefold, from $42 billion to $115 billion (in inflation-adjusted dollars). What is more, we have redeployed $5 billion in military-grade equipment to thousands of local police forces across the country.  During this time, violent crime has declined.  All of this is true.

But this isn’t a complete picture. it is also true that we ask a lot more of our police today than we ever did before.  During the same period, as federal aid to antipoverty programs and social services declined, many municipalities have turned to the police to fill the gap.  Police have been asked to become experts in domestic violence, drug abuse, homelessness, school safety, and anti-terrorism. That is a lot to ask of anyone.

If this were a corporate consulting project (and I’m not suggesting it should be), we would agree with critics that the paradigms appropriate to military intervention are probably not a good fit for many of the services police are being asked to provide.  Using some hygienic language, we would take each of these services and examine alternative delivery models.  We would measure each alternative in terms of community outcomes, cost, and customer satisfaction. We would produce a very long PowerPoint presentation.

It is perfectly appropriate for communities from time to time re-examine their service mix and their service delivery models. In fact, it would be misconduct for them not to.  It seems clear to me that a fundamental re-examination of our policing and our community service models is overdue.  And the black community is right to demand a major seat at the table.

I am frankly mystified that white conservatives would take issue with this.  They complain constantly of government overreach and demand a greater voice in how government funds are deployed.  They lobby ceaselessly to defund government programs and departments.  The only difference, it seems, is that the black community is asking us to defund police and prisons.  White conservatives prefer to defund schools, housing programs, health services, and school lunches.  I think I know where I side in this argument.

But must we call it defunding?

If, like me, your personal experience is that most police are good and conscientious people, then you will probably prefer the language favored by corporations.  You will be open to talking about realignment, optimization, and redeployment.  You will stress that this is largely about updating a system that has grown out-of-step with the community.  You will thank those impacted for their service and help them to move on with dignity.

If, on the other hand, your personal experience of police has included, at any time, intruders who intimidated and terrorized your family and neighborhood, then you will probably consider defunding a mild choice of words.  To use any other word, would be to paper over your wounds, your terrors, and heartaches.

To my white friends: when you hear someone talk about defunding, don’t respond with an academic critique of their choice of words.  Sit in the moment with them.  Try to experience the pain that lies beneath that word.  I can assure you, it is searing.  And it isn’t made up.  These people have lived their lives cocooned in a world that the rest of us are only recently glimpsing through 60-second video clips on our iPhones.

I’ll be honest: the gentle-hearted, white liberal in me still cringes at the word defunding.  Can’t we just rationalize our community services and help everyone move on?  Rationalize feels clean, polite, and logical.  It is data driven and admits of different options.

It also entirely misses the humanity of this issue.  And that is why we are here.  Do not dispense with the word defunding, my friends. It took that word to get the world’s attention and to finally move politicians to act.

I will let my grandchildren’s academics debate and PowerPoint the most appropriate word to describe whatever we come up with.  In the meantime, I sit here with a cup of coffee in hand and the word defund rattling about in my head. It chips away at worn-out notions and ignorant emotions. It is a painful experience.  Defunding may not fully capture the complexity of issues we need to confront as a society, but it is a damned good tool for cutting away at the plaque in my soul.