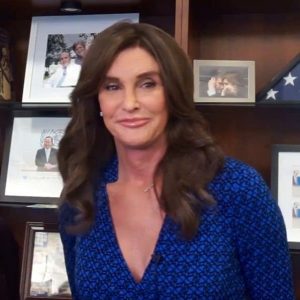 I am NOT Cait!

Caitlyn Jenner's announcement that she would like to be the trans ambassador to the President - to Ted Cruz of all people - absolutely nauseates me. Ms. Jenner has repeatedly exposed both her ignorance and her privilege.

Here is a report of her interview with The Advocate:

She called Cruz a ‘great constitutionalist’ and said she would like to advise him on questions relating to her community: “Yes, [I’d like to be] trans ambassador to the president of the United States, so we can say, ‘Ted, love what you’re doing but here’s what’s going on'”.

I support Caitlyn’s right to tell her story – even though her views are very different from mine. But the notion that she can speak for the rest of us is insensitive and ignorant.  And that’s putting it politely. Jenner says that she considers her greatest asset her mental rather than her physical ability. Well I’m sorry. Olympian she may be, but she has proven repeatedly in recent comments that intellectual decathlete she is not. The things that come out of her mouth stun me:

On the Ellen Show: “When the whole gay marriage issue came up, at first I was not for it. … I’m a traditionalist. I kinda like tradition. It’s always been a man and a woman.” On I am Cait: She argued that transgender people do not need social welfare services: “they can make more not working with social programs than they actually can with an entry-level job”. To Time Magazine: “I want to dress well. I want to look good. When I go out, as Kim says, you’ve got to rock it because the paparazzi will be there.”

For the record, according to Injustice at Every Turn, here is the reality that most of our community must live with, especially transgender people of color.

These rates are typically 2 to 4 times higher for transgender people of color.

Being transgender is not a lifestyle choice.  Being prejudiced is.

To even imply that being transgender is a lifestyle choice is ignorant. Who would ever willingly subject themselves to such a fate? Would you like to know the lifestyle choices that transgender people do make?  Eighty-nine percent are registered to vote – compared to seventy one percent of the general population. Twenty percent say that they are or have served in the military – twice the rate reported by the rest our our country.  Forty seven percent have college and/or graduate degrees, compared with twenty seven percent of the general population. These are admirable lifestyle choices.  These are worthy citizens – especially when you consider their educational accomplishment in light of the harassment they have faced; especially when you consider that the military has treated them like vermin. We need more brave, educated patriots like these. Olympic gold is nothing compared to what these people have braved their entire life. I wish that Caitlyn would spend more time on these amazing people and less on her wardrobe. Speaking of wardrobes, most transgender women I know do not embrace Jenner’s notion that we should have to wear sexy dresses in order to be accepted for who we are. I support Caitlyn’s right to dress any way she likes. But it shouldn’t be a requirement. An ambassador should be educating society, not flaunting her wealth and wardrobe. Caitlyn is welcome to her views. But serve as our ambassador? No way! Caitlyn no more represents me than do Sarah Palin or Anita Bryant. At least she proves that we aren’t all of a type. We are as diverse as the rest of womanhood. Please:

Note: an earlier version reported the wrong statistic for transgender poverty rates. Readers have pointed me to a few additional statistics that tell a more complete story.  Story revised for style May 12, 2019.

PrevPreviousIdentity Wars, Part 1: Getting Past Passing
NextI am STILL Not CaitNext
×