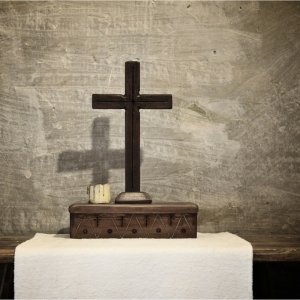 Is Gender Variance a Sin?

My faith and religion are entirely consistent with my gender identity. How do I know this? It's simple: the Bible tells me so.

One of the main reasons my gender variance filled me with so much turmoil was the worry that I might be committing a sin against God. I do not pretend to offer an authoritative answer to this question. It is a matter that everyone must explore with their own conscience.

I found two sites particularly helpful as I grappled with this issue. ReligiousTolerance.org offers a comprehensive set of resources for those wanting to explore religious perspectives on gender. While liberal in its viewpoint, the site takes great pains to capture the perspectives of many religious conservatives in their own words. TransChristians details conservative objections to transsexualism and then offers blow-by-blow rebuttals.

Personally, I do not interpret the Bible literally. I believe, for example, in evolution. But I wanted to understand the biblical basis for the arguments that some religious conservatives used to justify their discrimination against gender-variant people. In Western religion, arguments against gender variance seem to rest on two notions: 1) God created a binary world; 2) God explicitly forbids us to cross-dress and to mutilate our genitals.

Two passages are often cited as evidence that God created a binary world.

And he answered and said unto them, Have ye not read, that he which made [them] at the beginning made them male and female (Matthew 19:4)

Religious conservatives claim that we violate God’s act of creation when we alter our gender. Who are we to question his decisions? God does not make mistakes.

But other religious scholars point to an important detail in the wording of these two passages. According to the scripture, God created them “male and female”, not “male or female”. “Or” is explicit that something is binary. “And” leaves room for interpretation. Arguably, it is religious conservatives who impose a binary model, not God.

This strikes me as a very close reading of the word and. I am comfortable with the notion that God created a world modeled, for the most part, on two sexes. But nowhere does the Bible say that he perfected the world or that he created a world without variation. We find variation everywhere.

What is more, mankind corrects and extinguishes God’s creations every day. We improve God’s soil, breed his animals, and vanquish his diseases. That something exists does not automatically make it good or unalterable. God does not expect us to resign ourselves to everything just as we find it.

Ecclesiastes suggests that we approach God’s creation with a little more humility:

As thou knowest not what is the way of the spirit, nor how the bones do grow in the womb of her that is with child: even so thou knowest not the works of God who maketh all. (Ecclesiastes 11:5)

I found this passage particularly comforting. Each year, more and more evidence accumulates that, for many people, gender variance is introduced while they gestate in the womb. There is so much going on in there of which we remain ignorant.

But what of Deuteronomy? It seems to offer pretty explicit proscriptions against crossdressing and sexual reassignment.

The woman shall not wear that which pertaineth unto a man, neither shall a man put on a woman’s garment: for all that do so [are] an abomination unto the LORD thy God. (Deuteronomy 22:5)

He that is wounded in the stones, or hath his privy member cut off, shall not enter into the congregation of the LORD. (Deuteronomy 23:1)

Like most Christians, I do not feel compelled to obey every law laid out in the five books of Moses. I eat pork. I wear clothing made from two cloths. When a woman wears pants, I don’t question her faith. I don’t believe that a man with a flattened nose or a broken foot cannot approach God’s altar.

In any event, these two rulings are arguably contradicted or updated elsewhere in the Bible. Isaiah 56:4-5 removes the ban on the genetically mutilated. In Acts 8:26-39.1, an Ethiopian eunuch is baptized and accepted into the Kingdom of God. In the Book of Matthew, Jesus strongly implies acceptance of the genitally mutilated:

For some are eunuchs because they were born that way; others were made that way by men; and others have renounced marriage because of the kingdom of heaven. The one who can accept this should accept it. (Matthew 19:12)

Many Jewish scholars suggest that the intent of the proscriptions against crossdressing were motivated by a desire to prevent men and women from committing adultery. For example, one commentary states it this way:

The root of this mitzva (commandment) is to keep us from sexual sin … and there is no doubt that if men and women’s clothing were the same, they would mix and the earth would be filled with impropriety. (Sefer HaHinukh 564).

These analyses are based on interpretations that are subject to debate. Honest hearts can disagree. In the end, two things persuade me that being transsexual is not a sin against God’s will.

First, there are the lives and testimonials of hundreds, if not thousands, of transgender Christians, Jews, and other religiously minded people. Many of them are ordained pastors. In the Presbyterian Church, there is Erin Swenson. Drew Phoenix serves his United Methodist congregation. The Anglican Church allowed Carol Stone to continue her ministry even after she had undergone gender confirmation surgery. In the US, the Episcopal Church ordained openly transgender pastor Cameron Partridge.

These are good people—devout in their faith and sincere in their gender. If they are brave enough to accept and proclaim their gender, what have I to fear?

But I find the most persuasive argument in the Bible itself. In Galatians, Paul proclaims,

For as many of you as have been baptized into Christ have put on Christ. There is neither Jew nor Greek, there is neither bond nor free, there is neither male nor female: for ye are all one in Christ Jesus. And if ye [be] Christ’s, then are ye Abraham’s seed, and heirs according to the promise. (Galatians 3:27-29).

As I read it, Paul couldn’t be much clearer: our gender is inconsequential to God. It is our faith that matters. Elsewhere in the New Testament, the Lord says to Samuel,

When I look into my own heart, I can find no cause to feel guilty. In fact, my heart feels purer and God’s voice sounds louder now that I have unmuffled the voice that cries from within me. That voice was God’s greatest gift to me. To stifle it for the sake of social conformity strikes me as the far greater evil.[/fusion_builder_column][/fusion_builder_row][/fusion_builder_container]

Tina White is the Executive Director of the Blue Ridge Pride Center, in Asheville, North Carolina, and a member of the board of directors for the Human Rights Campaign. Tina spent 35 years consulting to and working for global corporations. Her specialty was large-scale business transformation: redesigning companies to pursue new strategies and improve performance. She has since shifted her focus to activism, writing and speaking. She speaks and writes on issues of diversity & inclusion, organization transformation, social justice, and personal identity. Tina is the author of Between Shadow and Sun. She describes her 50-year struggle with gender and her wife's efforts to embrace her revealed identity. She holds an MBA in Strategy, Marketing & Finance from the University of Chicago Booth School of Business and an AB in Economics from Princeton University. She and Mary live in Asheville, North Carolina.
Next4 Simple Rules of Gender EtiquetteNext
Scroll to Top