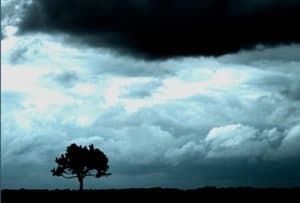 Few people understand why we transition or what it means to us. It is about clothing and makeup. We transition in order to preserve ourselves and to connect ourselves to humanity.

In hiding the identity I felt within, I was not trying to be false. I assumed that I was a man and that I would learn to be a better one by acting the part. I presented my best understanding of manliness even as I worked feverishly and in secret to “fix” myself. I tried prayer, therapy, sports, all-boys’ schools, marriage, and children. Surely someone or something could cure me.

If only he would, I promised that I would carry his word to the world. As a teen, I earned the nickname Reverend Tom. Over the years, I sampled a variety of faiths, hoping that one of them would save me. I continued to pray.  No answer.

I tried, too, to find salvation in sports: in basketball, tennis, soccer, rugby, football, and baseball. I gave my all to every effort. But it never felt like me running up and down the playing field. Everyone around me seemed kindled by a fiery passion. I, on the other hand, felt driven by high anxiety. Making a great play didn’t give me joy.  I just made me feel less suspect.

I finally gave up on my quest for manhood in my early fifties. My depression had so deepened that I began, for the first time, to contemplate self-destruction. And why not? Isn’t that what I had been doing all along? I had spent a lifetime walling myself away from the world and trying to expunge my deepest sense of self.

Still, the thought of gender transition terrified me.  It seemed freakish.  I considered it a betrayal of all I had fought for and everyone I loved. I held out for a couple more years, but my thoughts of suicide only gained strength. Finally, staring at the edge of life, I reasoned that, no matter how ashamed my family and friends might feel and no matter how miserable my life might become, my first obligation was to stay alive. I resolved that I would stop trying to conquer my gendered self. Instead, I would try to understand and accept it.

I remember that moment of decision as though it were yesterday. I felt the weight of the world lifted from my shoulders. For the first time, I became aware of the darkness that had clouded my life. I wept for weeks afterwards.

If you want to understand why we do what we do, you need to look at it from the perspective of the person inside us. What we do isn’t a transition so much as a coming out. We are finally accepting the person within and allowing them to emerge into the full view of the world. From my perspective, I didn’t change my gender. I stopped trying to change it. I didn’t play dress-up; I stopped playing dress-up. I didn’t stop lying to my family; I stopped lying to myself.

For fifty years, I had been as transphobic as the rest of society. I had despised the identity inside me. I had been certain that it represented a sickness. I had tried my damndest to silence the person within. This, I think, is why so many of us finally consider suicide. Why shouldn’t we? We are only completing what we are already doing to ourselves.

At heart, our reasons for transitioning aren’t about gender or sex. Yes, these are a part of our story. But they aren’t the why. They are the what and the how. We transition for far more fundamental reasons—basic needs that we share with everyone. Speaking for myself, I transitioned for five reasons.

I transitioned in order to be known.

I had lived my entire life walled off from humanity. My mother and father didn’t know who I was. My children didn’t know. I began to wonder: If I die without anyone ever knowing who I was, did I ever live? The answer was obvious: No.  I had walled off my inner self from all human contact. I had forced her to live her life in dark isolation.

Solitary confinement is profoundly dehumanizing. That is what life felt like to me. When I finally decided to transition, it was like walking into daylight.

I transitioned to find out what it feels like to be loved.

When I was young, my mother often told me that she loved me. How I hated it! I hated her for saying it. I hated myself for feeling so hateful. When you present a false self to the world, even unconsciously, you cannot take pleasure in someone else’s expressions of love. Their very declarations feel like a betrayal.

Today, I finally understand my feelings. I had to stand there and watch as my mother declared her love for someone not me. It left the real me feeling wretched, worthless, and invisible. Today, when someone says “I love you”, I feel it inside. They are talking to me! It is wonderful.

I transitioned in order to feel and express my love.

I had always considered myself a loving father and husband. In fact, I went to great pains to declare my feelings to people. My friends and neighbors described me as a tender and loving soul. But there was a desperation behind my declarations. I was rarely able to take pleasure in my expressions of feeling because I was too busy trying to convince myself that my feelings were real.

I used to feel guilty, for example, when I looked ahead to my parents’ eventual death. What would I feel? I worried that I might feel nothing. “But I love them!” I remonstrated. “How could I be so ungrateful?” I hated myself all the more for this.

The issue, as it turned out, had nothing to do with my feelings for my parents. When I had buried the person inside me, I had walled myself off from my own emotions. I thought more than I felt. Transitioning has allowed me to fully feel and express my emotions. During the past few years, I have shared more love with my parents than I did during the first fifty years of my life. Though they continue to mangle pronouns, the relationship we enjoy today is incomparably better.

I transitioned in order to be present for those whom I love.

My children were often perplexed by my seeming absence from conversations. I was sitting in front of them, but my mind was in another world. When I did respond, it was often with an awkwardness they could not understand. My youngest daughter often broke these moments of silence, “Daddy, are you OK? What are you thinking about? What’s the matter?”
Such moments always pained me. Part of me wanted to scream, “I’m dying in here!” Instead, I retreated into a lie, “Nothing’s the matter, Sweetie. I’m just thinking.”

I did feel like I was dying. My middle daughter was the first to note the difference following my transition. “It is so much more fun talking to you now. I feel like you are completely here for me.”.

I transitioned to stay alive.

When I finally decided to transition, I had very low expectations. I assumed that my life would become a wretched existence. But at least I would be alive. The statistic that 41 percent of transgender people had attempted suicide made a deep impression on me, particularly because it only surveyed people who were alive to respond.

Although this last reason was my initial motivation, the other four are all I think of today.  I face prejudice and barriers I had never imagined while growing.  Nonetheless, my present life is so much better than I ever imagined it could be. I finally know what it feels like to love and be loved.  I no longer hide in darkness. I look forward to my future.

And I finally have a self to offer others.  My father has always been proud of me.  But he says that, today, I give far more to the world than I ever did before. It doesn’t surprise me.  I’m not be half the man I used to be, but I am twice the person.

1 thought on “Why We Transition”

PrevPreviousWhite Privilege and Black Lives Matter, A Personal Reflection
NextMeeting God From the Inside OutNext
Scroll to Top