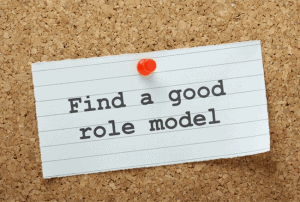 Take a look at these women. Do you really care what their gender is? Wouldn’t you want them on your team? When I was confronting my own transition, I looked for role models who had carved out successful professional careers without regard for their gender. There is a decided bias to this list. I was looking for people who seemed to provide a personally relevant role model.

When I was struggling with the decision to transition, one of my chief concerns was the expectation that I would be committing career suicide. I found many examples in the media of successful transgender celebrities, performers, models, writers, and activists. I also found many examples of transgender professionals who had carved out a life focused on care for others in our community. I am eternally grateful to these people. They deserve a lot of the credit for opening society’s eyes, advancing our laws, and changing people’s attitudes.

But what about people like me? Could I find examples of transsexual women who— in spite of their failure to conform to gender norms—had carved out successful careers in fields similar to mine? I began to scour the Internet for examples of people who were open about their transgender background but who were successful for things unrelated to gender. Following is a list of people whose lives and accomplishments particularly inspired me. They gave me hope during some of my darkest hours.

Society stereotypes us as people who are consumed with makeup and clothes.  I spent more time examining the lives of these women than I did thinking about feminine finery.  Leandra Vicci, one of the women profiled here, was kind enough to counsel me.  “Tina,” she said, “people assume that we transition because we are obsessed with our gender.  In fact, we transition so that we can finely stop thinking about it.”

Career: Designed advanced supercomputers for IBM (fired in 1968 upon revealing plans to transition). Returned to work as a woman for Memorex and then Xerox PARC, where she led the LSI Systems Group. Coauthored Introduction to VLSI Systems, the standard text in chip design at 100 universities. Joined DARPA as key architect on Defense Departments Strategic Computing Initiative. Finished her career as a professor at the University of Michigan. Invented several technologies that revolutionized chip design.

Career: 20 years as Chief Investment Officer for Prudential Financial’s $80 billion investment management subsidiary, Quantitative Investment Management Associates. Her research and opinions have been covered in the New York Times, Wall Street Journal, Newsweek, Forbes and on CNBC. She has published articles in: The Financial Analyst’s Journal, The Journal of Portfolio Management, and the Journal of Investment Management. She also worked at AT&T and Price Waterhouse.

In the News: First openly transgender woman political appointee to any presidential administration.

Activism: Member, Board of Directors, Out and Equal. Maintained very transparent blog detailing her transition.

Medical Update: In 2013, Megan announced that she is transitioning back to Michael. It isn’t because she regrets her transition. Rather, she has learned that she has a genetic predisposition to blood clots and is in a high-risk category for hormone therapy. She prefers to stay alive in order to be with her wife and children.

Social Activism: launched the Terasem Movement, a transhumanist school of thought focused on promoting joy, diversity, and the prospect of technological immortality.

Career: Toy inventor, sculptor, comic book artist, animator, and musician. Well known in the toy industry as the creator of the hit game Chicken Limbo. Worked at Fischer Price Toys before becoming an independent toy designer. Gina has collaborated on the design of a miniature golf course, invented interactive candy, dolls, card games and wacky kinetic sculpture. Her creations have been featured in the New York Times, Metropolis, LA Style, and Home Magazine and are housed throughout the United States.

Personal Life: When not inventing, Gina can be found playing bass fiddle in the hillbilly band The Fritters or zooming around Massachusetts with the East Coast Biker Chicks.

Career: Free software programmer, described as one of the “ten greats of Taiwanese computing”. Best known for initiating and leading Pugs, a joint effort to implement the Perl 6 language. Has also contributed to SVK, Request Tracker, and Slash. Has led Chinese translation efforts for various Open Source books. A reputation for “penetrating insight into code and an uncanny knack for encouraging the people who write it.”

Education: IQ reportedly 180. Unable to adapt to student life, dropped out of school at 14.

Personal Life: At 24, began to life as a woman, citing a need to “reconcile my outward appearances with my self-image.”

Career: Taught at Stanford University from 1972 to 2011. Now semi-retired as a faculty member at Hawaii Institute of Marine Biology. Author of 8 books and 178 articles. Associate Editor or Co-Editor of Philosophy and

Contributions: Proponent of social-selection theory of evolution as an alternative to Darwin’s sexual selection model. Argues that the Bible does not conflict with evolutionary science.

Passions & Perspectives: Science, technology, classical music, mountaineering, rock climbing. Lives on a farm with her long-time partner, Ina. “Since my transition ten years ago, the gender issues that used to dominate my life have evaporated entirely, while I’m still the techno-geek that I’ve always been.”

Personal Life: She continues to maintain warm, supportive relationships with her ex-spouse and their two grown daughters, as well as with the rest of her family.

Career: Has served on faculty at University of British Columbia, Manhattan School of Music, and New York University. Performed with New York Philharmonic, Philadelphia, San Francisco, Buffalo and Cleveland orchestras. Maintains an active repertoire of almost 100 concertos. Has given master classes at the Royal Academy in London, the Juilliard School, Indiana University, and the Kobe-Yamate Gakuen in Osaka, Japan. Chief music consultant to Dover Publications.

In the Media: Featured in the New York Times, Paris Match, Macleans, and Noticias de Argentina. Has appeared on Entertainment Tonight, Extra, In the Life, Studio Four, and National Public Radio.

Personal Life: Lives in Vancouver Canada with her partner Kyoko.

Personal Life: Continues to live with her wife, Heather Hannoura, and their daughter, Evelyn, in St. Augustine, Florida.

Career: Member of the Jennifer Leitham Trio. Has played for k.d. Lang, Doc Severinsen, Mel Tormé and Peggy Lee. Recorded on over 125 albums, including 10 of her own.

Publications: Author of 13 Fiction and Non-Fiction Books. Op-ed Contributor to New York Times. Two of her books detail her transition (She’s Not There) and her life as a transgender parent (Stuck in the Middle with You).

Tina White is the Executive Director of the Blue Ridge Pride Center, in Asheville, North Carolina, and a member of the board of directors for the Human Rights Campaign. Tina spent 35 years consulting to and working for global corporations. Her specialty was large-scale business transformation: redesigning companies to pursue new strategies and improve performance. She has since shifted her focus to activism, writing and speaking. She speaks and writes on issues of diversity & inclusion, organization transformation, social justice, and personal identity. Tina is the author of Between Shadow and Sun. She describes her 50-year struggle with gender and her wife's efforts to embrace her revealed identity. She holds an MBA in Strategy, Marketing & Finance from the University of Chicago Booth School of Business and an AB in Economics from Princeton University. She and Mary live in Asheville, North Carolina.
PrevPreviousBetween Shadow and Sun: A Visual Timeline
NextHow to be a Transgender AllyNext
Scroll to Top