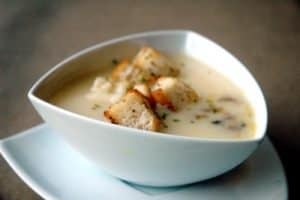 Transgender Soup for the Soul

I wrote this after emerging from the most vulnerable period in my life. It is a letter to my younger self. I was probably channeling Polonius, who counseled his son, Laertes: "And these few precepts in thy memory see thou character." ...

Your gender has nothing to do with your worth as a human being.

You deserve to be treated with dignity and respect.

Your gender is not broken. It is neither more nor less than anyone else’s.

It is a part of your fingerprint on the universe. Be proud of the mark you leave.

You do not burden the world by being you. You are, in fact, a blessing.

You remind everyone that nature is wonderfully diverse. You enrich a room merely by entering it.

Your identity is not “too complicated”.

Yes, you are unfamiliar—but you are no more complicated than anyone else.

What complicates things is others’ desire for and assumption of homogeneity

— their version of homogeneity.

When others react to you, they are defining themselves — not you.

If they mis-pronoun you, they are merely reflecting who they are — possibly rude, possibly mistaken.

II. Your Gender Is as Sacred as Your Soul.

You do not have to conform to anyone else’s notion of gender.

This includes the notions of other transgender people.

Your body is your own.

You have as much a right to privacy as anyone.

You do not owe others intimate details about your personal life in order to be treated with dignity.

Nor need you measure yourself against others’ beliefs.

You have been brought up in a world that seeks to demonize and erase you. You have probably internalized a lot of that.

That is not your fault. Be gentle with yourself. Remember: If you cannot see the beauty in yourself, how can anyone else?

III. Be Gentle with Others.

Although you are not broken or complicated, you are unfamiliar. It is human to hesitate at the unfamiliar.

You enrich others’ lives by breaking patterns and forcing them to reexamine the world.

But remember that you also make people work a little harder. (“Which pronoun do I use?”) You add to their stress. (“What if I get it wrong?”)

Accept people for where they are in life. Then work forward with them from there.

Don’t blame someone for where they are coming from. Ask only that they commit to moving forward.

We are all creatures of habit. Habit makes life easier and safer. It reduces error. It speeds response time.

You, my friend, are a pattern-breaker. Your uniqueness introduces error into otherwise simple situations.

But don’t use them to define others either. Let incidental errors define the situation – not the people. Just as others should not blame you for your gender, you should not blame them for how their mind works.

Be vigilant against hatred and willful ignorance. But don’t confuse these with fear of the unfamiliar and human error.

Celebrate your uniqueness. But remember that painting outside the lines isn’t easy for anyone.

V. Be Open and Loving.

Ask others to honor your future. In return, promise to honor their past.

Although you may want to rescript old memories, remember that others may want to cherish them.

Measure others by their willingness to reach beyond themselves to connect to you.

But hold yourself to the same standard: reach beyond your identity to honor others’ sense of themselves.

Remember that we all trade in stereotypes; we all carry prejudices.

It is rare for anyone to connect beyond the superficial – even with people who look like them.

But when we finally do, something wonderful happens.

When we connect to the person inside each other, we magnify the human spirit.

By all means, protect and celebrate yourself.

But strive to reach beyond. Be trans and then some: be human.