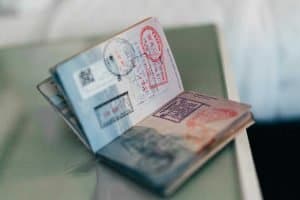 Our leaders seem intent on legislating our identity in order to dehumanize, control, and divide us. Jesus Christ had something in common with today's queer youth: he loved to defy human labels.

In Washington DC, Donald Trump and Mike Pence seem hell-bent on legislating our identity. Yesterday, I awoke to a headline in the New York Times, “Trump Administration Eyes Defining Transgender Out of Existence”.

Meanwhile, in Raleigh, Tim Moore and Phil Berger seem equally determined to use identity cards to legislate away the rights of many to vote.  They are trying to pass an amendment that will effectively give their party the right to define voting identity requirements.  They don’t bother to tell voters what these requirements will be.  They want us to vote to allow them to decide how we can vote.

I am reminded of a passage in Revelations. The Apostle John describes the actions of the False Prophet working on behalf of the Anti-Christ:  And he causeth all, both small and great, rich and poor, free and bond, to receive a mark in their right hand, or in their foreheads: And that no man might buy or sell, save he that had the mark, or the name of the beast, or the number of his name. [Revelation 13:16-18]

In Washington and Raleigh, we are being led by goat herders — men intent on dividing rather than uniting us; men intent on stripping us of our humanity and placing us into boxes that give them comfort and control over us. Up the hill from me, students at the University of North Carolina, Asheville recently revealed in a survey that over a third of them identify as something other than the binary gender box assigned to them at birth.  The goat herders in Washington and Raleigh would have you believe that this is a moral outrage. But is it?

The Reverend Elizabeth Edman, author of Queer Virtue, thinks otherwise. She argues that Christianity is not merely compatible with queer, but rather that “authentic Christianity is and must be queer”. She points to Paul’s insistence that Christ is neither male nor female.   She reminds us that Christ queered the boundaries between Jew and gentile, man and God, life and death. We find our humanity and our relationship with God when we let go of our labels and the things that divide us.  We are all one in Christ.

Maybe our kids are crazy. But maybe – just maybe – they see something that we are missing: the model of gender that our generation has offered them is woefully broken. Two thousand women are sexually assaulted each day in America. The goat herders’ solution? Blame the women: they are liars; they asked for it; it is God’s punishment for giving Adam the apple. Blame men of color; blame transgender people; blame the immigrants. For God’s sake, blame anyone but white men in power. They should be free to grab pussy where they please. They should lead the government, the legislature, and our courts.  They should run our corporations and control our media.

In my state of North Carolina, the average Tarheel woman is denied $330,000 in lifetime income owing to the gender wage gap here. Threats to repeal pre-existing coverage protections under ACA could leave over 2 million women in North Carolina without coverage. Women here are over-represented in jobs that offer no sick leave, that demand unusual shift schedules. Many lack access to affordable child care. Mark Harris, running in Mecklenburg County, has a solution for this. He advises women to stay at home, to bear children, and to obey their husbands. Candidate Harris seems to be ignorant of the fact that, in North Carolina, mothers are the sole, primary, or co-bread-winners in 63% of families. In Buncombe County, a third of households with children have but a single parent – generally the mother.   I wonder if candidate Harris considers this their fault.

This is the gender model our queer generation is rejecting. Donald Trump, Mike Pence and Mark Harris want to double-down on it. They want women to submit to men and for all of us to accept the identity that Mike Pence metes out to us.
Me? I side with the kids on this one. Don’t let our leaders rob our children of their tomorrow.

Tina White is the Executive Director of the Blue Ridge Pride Center, in Asheville, North Carolina, and a member of the board of directors for the Human Rights Campaign. Tina spent 35 years consulting to and working for global corporations. Her specialty was large-scale business transformation: redesigning companies to pursue new strategies and improve performance. She has since shifted her focus to activism, writing and speaking. She speaks and writes on issues of diversity & inclusion, organization transformation, social justice, and personal identity. Tina is the author of Between Shadow and Sun. She describes her 50-year struggle with gender and her wife's efforts to embrace her revealed identity. She holds an MBA in Strategy, Marketing & Finance from the University of Chicago Booth School of Business and an AB in Economics from Princeton University. She and Mary live in Asheville, North Carolina.
PrevPreviousThe Rights Side of Eternity
NextWe The People Need a We Too MovementNext
Scroll to Top